I knew Veteran’s Day was quickly approaching and I’ve been racking my brain (and let’s face it, the internet!) for a post that would be meaningful, heartfelt and a ‘stand out’ to not only show those who’ve served how much we appreciate their sacrifice, but  something that would make us civilians pause and appreciate that fact. I’ll admit I woke up this morning disappointing with myself for not having found the gem I was searching for.  My little brother is an active duty marine so I feel a heavy weight to show our service members the appreciation they deserve!

After our Smile Design Centre morning huddle this morning, Dr. McAllister dropped the gem I’ve been looking for on my desk. The following piece was written by his father, Dr. Robert J. McAllister who is a Psychologist, incredibly talented writer, Veteran, and overall amazing man. On this Veteran’s Day, take a moment to thank a service member for what they do to keep us safe… As you’ll read below, they’ve sacrificed more than we can comprehend. From all of us here at the Smile Design Centre, Thank you.

My story is not particularly heroic or unusual but I thought it would give you some verbal snapshots from WW 2.  On December 8, 1941 when President Roosevelt declared War on Japan I had finished college and was in the seminary studying to be a priest and consequently exempt from the draft.  Within the year I decided to leave the seminary and after a few months on the Montana ranch I enlisted and was eventually assigned to the 65th Infantry Division, nick-named the Battle Axe.

Basic training was in Camp Shelby, Mississippi.  My four years of philosophy and two years of theology were not of much use to the military.  But I could type, so the top sergeant chose me to be company clerk.  The benefit for me was to avoid much of the endless marching and drilling.  What I lost in army drill time has been more than compensated for by Vivian’s exercise schedule and heartless drills, now continued by Sergeant  Andrea.

We embarked from Newark POE the day after Christmas 1944, an 80 ship convoy headed for England.  We roamed the ocean for 15 days from cold to hot to cold again, obvious prey for submarines, their presence revealed by the destroyer depth charges we often heard at night when the ship was in complete black out.  Almost everyone on board was sea sick.  I fortunately was not, and I wondered if the rocking of the boat was perhaps reminiscent of riding unruly horses on the ranch, a bit of the same rough and unpredictable rhythm.

As I said we were headed for England.  You remember “the battle of the bulge”  Dec of 44 into Jan 45, the largest and bloodiest battle of WW 2, over 1,000 casualties.  To provide an additional “boots on the ground” resource, a last minute change of plans landed the 65th Infantry in Le Havre, France Jan 10, 1945.  No gang plank this time, wading ashore with rifle and duffle-bag overhead—like in the movies.  The immediate problem was that our supplies had gone to England.

We camped in the snow in our pup tents at Camp Lucky Strike on the Normandy plains. We were on sparse rations, limited to one meal a day for about a week until more ample supplies reached us. Then by truck convoy we moved to the front along the Saar River.  A company clerk was no longer needed, so I was now just another rifleman.

Undoubtedly the most terrifying night of my life was the night we went into combat position.  We crossed a bridge over the Saar, a moonless, dark night, following the soldier ahead of you but keeping as much distance as you could without losing sight of him in the darkness. The reason we spread out was to lessen the casualties if a shell struck during our crossing. The Germans intermittently shelled the bridge with what the troops called screaming memies. Their noise alone could almost kill you. The Germans sent us more than our share that night and 20% of our company were killed or wounded in the crossing.

We captured Sarrlautern on the Siegfried Line and after 55 days of combat we ended up in Linz, Austria, a distance of 430 miles from Sarrlautern.  We walked almost the entire distance, carrying rifle, bayonet, gas mask, grenades, back-pack and three days of K-rations.  As we ended each day’s march, the captain would pick two or three or four houses in the village, tell the inhabitants to vacate, and we’d stay the night.  I often fell asleep opening my K-rations.  Food somehow seemed so secondary throughout this time.  Staying alive was the only primary.

We occupied Linz, Austria by war’s end on May 5, 45.  The 11th Armored had liberated the near-by Mathausen Concentration Camp.  It was the last camp to be liberated by the allies.  It was a “Grade 3 Camp” for “incorrigible political enemies of the 3rd Reich.”  Nick-named “The Bone-Grinder” it was the largest labor camp of the war and its purpose was mostly for “extermination of the intelligentsia through labor”.  Prisoners worked in quarries, munition factories, and mines.  The 65th had guard duty at the camp.  I watched the flat-bed trucks hauling naked emaciated bodies to burial sites.  Simon Wiesenthal, the Nazi hunter, was a survivor of that camp and others.

During basic training and in combat there was always a spirit of comradery, a sense of service to God and country, always the goal of victory.  But the army of occupation was for me an unsavory, dissolute and disheartening life—POW camps, DP (displaced person) camps, Mathausen, destruction and decay, disorder and death everywhere.  It was a nightmare.  I lost my bearings, my compassion, my dreams. (If you regard a lampshade made of human skin as a curiosity and not as an abomination, then you have lost your compassion.)  Today I’m ashamed that I could have ever been so cold and insensitive.

To reverse the slide into my personal hell and get back on track, I volunteered for the Pacific war and was sent to Marseille, France for embarkation.  But while I waited in Marseille the war ended in the Pacific.  Once more an unsavory, dissolute and disheartening life.

As a civilian back in the States, I spent the first year on the ranch and then began another educational venture initially supported by the G.I. Bill.  It took several years before I finally reached a semblance of maturity and wisdom and found a clear path into the future and then came upon the abiding love of Jane.  I now know only gratitude for all those years.

A final reflection: we live in insecure times.  There are wars and rumors of wars.  There are hundreds of thousands of refugees (like DP’s of the past) fleeing from violence in a restless wobbly world.  Peace is an increasingly rare blessing.

It’s a time to treasure the peace we hold within us, the peace that surrounds us each day.  Perhaps this day of painful memories will encourage all of us to make peace with our past, peace with our present, and let’s be at peace with one another.  As the Buddhists say:  If you want peace, be peace. 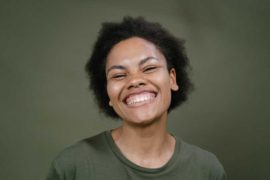 What Does It Mean When You Have Too Many Teeth?

Most people are more concerned about losing their teeth and having fewer teeth than they are about having too many teeth. But the truth is, it can happen. When someone has more than the usual 20 baby ... END_OF_DOCUMENT_TOKEN_TO_BE_REPLACED